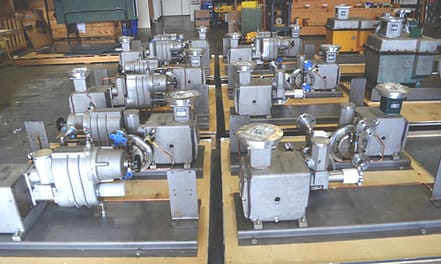 Have you gotten the chance to see our 14 metering pumps designed for a large scale overseas project?

With this project we have further expanded our reach in Middle East and Asian market as the contracting company was Korean. AquFlow pumps were applied in a variety of applications including Neutralization Caustic injection, Polishing Sulfuric Acid injection and Demineralizing Sulfuric Acid.